Blame it on Barbie 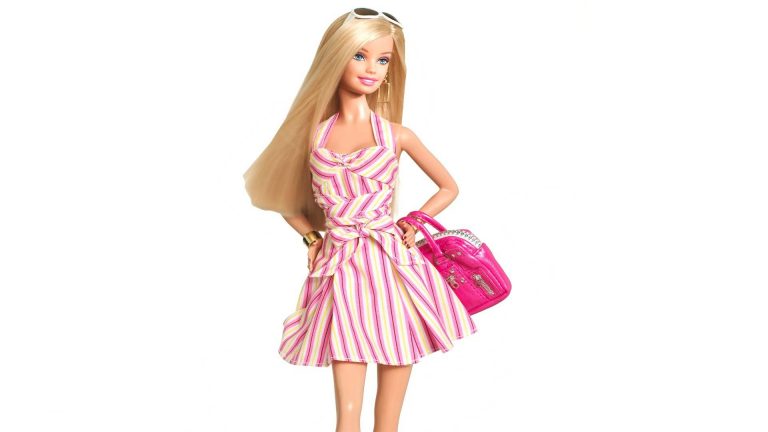 In Princess Smile, there are a lot of references to Barbie – not just as a doll, but as an icon, a pillar of perfection and an impossible ideal. Almost every woman who grew up in America as a Baby Boomer, a Gen X, Gen Y and even Millennial, can identify on some level with the omnipotent and often irritating influence of Barbie.

It was no secret I had an unhealthy obsession with Barbie dolls as a child. Barbie … plastic, blond and willing to do anything one could dream up. Her only limitations were those of the owner’s imagination.

When I was five years old, my mother presented me with a collection of Barbie dolls she had as a kid. Back then, she came in only a couple of forms – the most coveted, a heavily made up blonde with shiny painted green eye shadow and a plastered-on grin. She was wearing a cropped sweater over her perky, plastic boobs, and wore Capri pants and kitten mules. She looked almost evil with her teased hairdo, cat-eye rimmed blue eyes and come-hither expression. Clearly, the manufacturer had not yet perfected Barbie’s nude-perfect peach skin tone because her complexion was a greyish green hue – almost like she was eternally queasy and needed to get to the closest toilet immediately. Barbie had a sidekick named Skipper who was the younger, short-haired and flat-chested version. I had no interest in Skipper and, in fact, would leave her in the dust of my toy box. Who would want a doll that wasn’t all grown up and glamorous like Barbie? There were other “friends” that Mattel peddled alongside Barbie but who paled in comparison to Her Highness, such as Francie, Midge and PJ – all bit part actors in my Barbie-dominated world.

I was, of course, too young to comprehend my affinity for Barbie, but I did know that I was hooked on her, worshipped her and wanted to be her. I had to have every new doll as they were produced. There they were, beckoning from endless rows of shelves, shimmering in their pink plastic boxes. How I longed for these beautiful representations of what I hoped someday to become!

Barbie occupied much of my childhood dreams. I created endless situations in which I would play act with Barbie as my puppet. Barbie would go to the movies or a party and meet a handsome stranger (for some reason this was never Ken, as I didn’t find him attractive nor did I have any use for him, so I would usually make up the person she was with and hire a stand-in –a revered stuffed animal from my collection). Barbie would go to the mall and buy a new wardrobe. Barbie was a successful, business woman who had managed to climb the corporate ladder and become a young, hot CEO. Barbie was a movie actress and couldn’t leave her Hollywood mansion without bodyguards. These scenes became progressively racy and even dysfunctional – Barbie buys pot and shares it with her friends while sailing down Sunset Boulevard in her red convertible (of course, I had Barbie’s hot rod). Barbie goes to a bar, drinks too much, picks up a guy and has a one-night stand. Barbie’s dream house gets foreclosed on and she moves in with her parents. Psst: that last bit was not one of the scenarios. I really was not that warped.

As time went on, I had to give up the Barbie fantasy and give in to the crushing reality that I was not and never would be anything like Barbie. Like Jane, I had that ah-ha moment when you realize there is no such thing as Barbie and no matter how one strives to become that perfect pastel confection, it will never be real.

It costs Jane a boat-load of money in hair dye, cosmetics and clothes before she realizes this – but every woman will enjoy watching her plummet into the superficial world of advertising, and the inherent problems that build from this one insurmountable insecurity. Blame it on Barbie! To purchase a copy of Camera Ready click here.