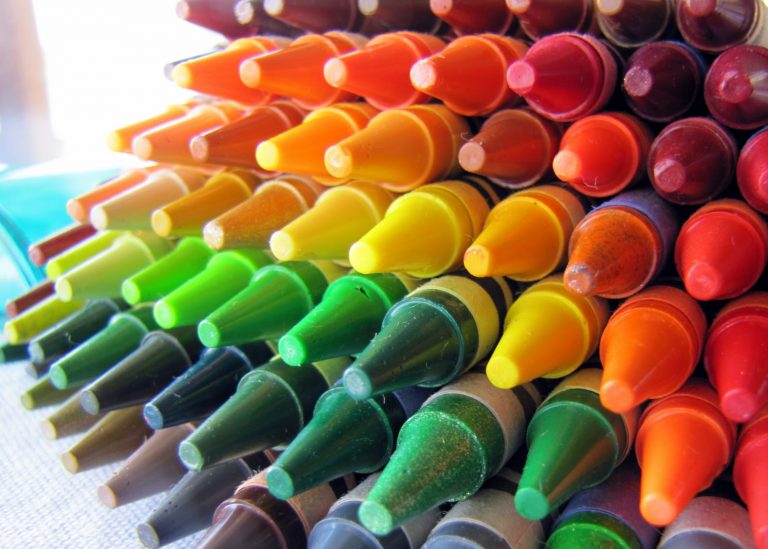 I love color. And color is a powerful metaphor when used to create a mood, emphasize a feeling or foreshadow something that is about to happen. Color can determine an entire experience. Think about it. What do you feel when you see yellow? Pink? Blue? I always think of my favorite French film, Amélie, in which Audrey Tautou played a quirky young woman with a rich imagination. The producer used color liberally, which made me feel as though I were wrapped in crayons throughout the entire movie. Or the scene in my favorite American movie, Wizard of Oz, in the famous transition from dreary black and white Kansas to the saturated color of Oz. It was quite a breathtaking epiphany for Dorothy.

When I wrote For Position Only, I got out my Crayola 64-crayon box with the built-in sharpener and colored vividly, rarely staying inside the lines. I mostly focused on various shades of red and green. While it is established in Being Jane that Craig Keller’s favorite color is red, the color laces through For Position Only, creating a mood, metaphor or theme in many scenes.

Red in all its Angry, Fearful Glory:

For example, when Craig delivers a devastating blow to Jane Mercer at The Room bar in Santa Monica, red is used as a relevant backdrop.

“When I entered the bar, my eyes had to adjust to the dark red lighting – the color of illuminated blood – because it was barely lit enough to see anyone’s face. Yet, it was an astonishingly appropriate place to meet Jane for our talk – a talk I was not at all prepared to have. I felt a lump in my throat for what she might say – for what I might say back, and for how the conversation would end.” – Craig Keller

And then again, after the news was delivered:

“I turned quickly, pulling the curtain aside and sauntering out into the blood bath of light, taking long strides that increased in pace like someone was stalking me.” – Craig Keller

And, similarly, when Craig divests himself of Chagall paintings in London, he pauses to reflect on one painting he’s finding it difficult to part with:

“Lovers in the Red Sky was a masterpiece, first acquired in London when I was at the height of my Chagall obsession. The painting represented so many things to me now, with its fiery crimson smear of a sky. The man in it was me, with magical powers to float – staying anchored to my lover – naked – yet protected by a compassionate universe. To let the painting go would mean letting go of a larger part of myself.” – Craig Keller

Why We all Love Green:

Green was a different story altogether. Both Craig and Jane have green eyes but, besides that, green becomes something of a slow, delicately mesmerizing force that pervades Craig’s and Jane’s universe. At times, it is calming, yet sad; at others, mysterious and haunting. Then, again, it is peaceful and serene – idyllic and pastoral with its natural sheen. It can also symbolize greed, in the form of money.

And Christmas, of course:

There is also yet another symbolic reason for the red and green, traditional Christmas colors. I drew Christmas in the novel as a prominent holiday for Craig’s ultimate metamorphosis. In the novel, it is a time to for him to stop and reevaluate, a time to experience feelings – whether it was sadness, joy, loneliness or compassion.

Color is a way to paint a vivid picture for the reader and to capture the imagination, however it may affect or drive the characters. What’s your favorite color?

Download the first two chapters of For Position Only by clicking here.