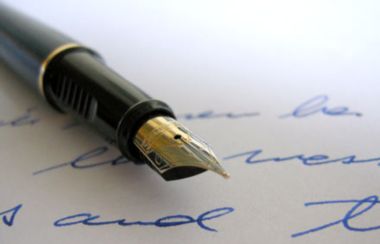 One of the most important steps in writing is getting feedback from other writers on my work. If it is constructive, I welcome any and all feedback. And there are many ways to get that feedback within your own writing community.

First, find a local organization that helps writers and join. Don’t be shy about being around other writers and sharing your work. It’s the only way you will progress. I promise.

The Magic of Critique Groups

If you have a #WIP that you’re trying to finish or a manuscript you need to polish up, the best way to get consistent feedback is to join a writing critique group. Hopefully, the group of writers will be constructive and not negative. The other thing you don’t want is for someone to merely pat you on the back and tell you your writing is “great.”

There is no way I would have been able to create three manuscripts of fiction and several short stories without the help of the active writers in my critique group.

What happens in my group is magical. I may have read and edited the same scene in my book dozens of times but when I give it to someone else, they inevitably find something I’ve never thought of. And it’s not always about changing what you have written – sometimes a writer will see a metaphor you didn’t intend but happens to be brilliant.

One of my critique partners noticed in Being Jane that Jane’s fiance’s sister is named Carey. Carey is overly protective of her younger brother and the critique partner thought I named her on purpose to show the reader that she “cares” about her brother’s well-being. I never meant that and was surprised that I had inadvertently created an allegory in this case.

Whether You Win or Lose

Entering a contest takes bravery, but it’s the best way to get immediate feedback on your work, and also to understand the level of competition you face. Look for contests in your local writing organization, as well as those in literary magazines like Writer’s Digest and Poets and Writers.

Beware of scams, though – these are websites or organizations who charge hefty entry fees and don’t provide feedback on your work. I’ve been scammed a few times. The best way to avoid them is to do your research and see what others have said online about individual contests.

I’ve won two short story contests with South Florida Writers Association – Vivienne and The Next Time Will Be Different. Both times, I was surprised and delighted to have been awarded first place and given a special merit award that crossed all submission genres.

Manuscript complete? Congratulations! Now you need others to read your book in its entirety to tell you overall how it was. I’ve had many betas read each of my completed manuscripts and they always come back at me with interesting and valuable feedback. Find beta readers online or ask your friends to read your work but tell them they must be honest. You don’t want them to compliment your work unless they really mean it. Also, choose friends who don’t all read in your genre. Get men and women because, oftentimes, they have differing opinions that are helpful.

Once, a beta reader said my protagonist in For Position Only became too nice too fast. He was the villain in my first two books and, in the third, I transformed him into a good guy. But my beta reader made me realize that I’d changed him too suddenly and it was not believable. I went back and reassessed his character starting with page one and, sure enough, saw the issue and was able to fix it.

The one simple piece of advice I give to any writer is to only take the feedback you truly believe in and dismiss what you don’t – because, at the end of the day, you’re the creator of this singular universe with characters only you could come up with. They are your children, so handle with care!

And, speaking of my children, download a couple of chapters of Being Jane here and tell me what you think!