What Shall I Wear? 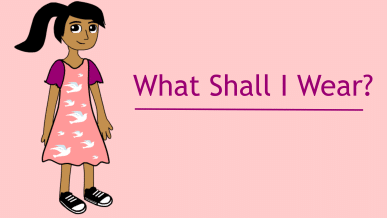 One of the most surprising elements to writing the Truth, Lies, and Love in Advertising series was dressing my characters. I am, by definition, a fashion enthusiast. I just love clothes, style and have an endless fascination with the subject, starting at eight years old when I borrowed my mother’s Vogue Magazine and pored for hours over the beauty.

When I decided Jane had to be a fashionista, a whole new world opened for my characters. After all, as one of my writer friends told me while reading Camera Ready, the outfits are so vivid with detail, they almost become characters in themselves, saying so much about the women and men who wear them. And I love dressing them, almost as much as I loved drawing clothes, playing with paper dolls or outfitting my Barbies as a child.

My favorite fashion fantasy was actualized in Princess Smile, which will be released in early summer 2021. When Jane and her best friend, Marisa, go on a shopping spree at Neiman Marcus in Beverly Hills. Jane’s suddenly flush with cash and, much to Marisa’s surprise, proceeds to spend more than $15,000 on designer clothes and shoes. As a writer who loves fashion, I experienced the same exhilaration Jane felt in the dressing room, trying on piece after piece and luxuriating in the fabrics, stitching details, buttons, pleats, etc. It was a fantasy I could finally play out through my protagonist, just before throwing her into the crippling consequences of financial recklessness. After all, it can’t all be fun and games – this is fiction!

When I set out to dress Jane for a scene, it is always given as much detail as the scene itself. I ponder what Jane would wear if she was attending a meeting with an advertising client – especially a fashion client, like British designer Noel Marques, who appears in Camera Ready and again in For Position Only. Jane wore Gucci, by the way.

When Jane encounters Craig in the opening scene of Being Jane, she’s keenly aware of what she has on – and is relieved to know she’s wearing Chanel. Craig, of course, has donned a three-piece Armani suit, which Jane notes right away. Yes, these characters may seem like label whores, but it’s so much fun to anticipate what they all might wear, when, where, in front of whom and how it makes them feel. In Jane’s first big presentation before Craig, she picks something that makes her feel “smart and confident.” No surprise, because after all, don’t the things we wear make us feel a certain way? Don’t they give us a certain attitude or put us in a particular mood?

One fun fact: Jane’s shoes are featured on the homepage of AdeleRoyce.com – Can you guess which book? I’m going to ruin it for you – purchase a copy of Camera Ready by clicking here.