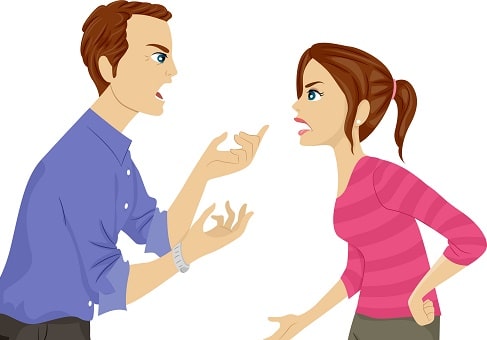 I’ve found when writing dialogue that it’s so important to know your characters backwards and forwards. Most writers I know develop full bios on each of their characters so they have a reference for how that character might think, act and most of all, speak.

I read somewhere that the reader should be able to remove the names of the characters and still know who’s speaking at any given moment. It’s a tough assignment for most of us writers.

There are exceptions of course, if dialogue is rapid and minimal; however, this rule applies to most written dialogue.

How do you tell them apart?

When your characters sound too much alike and/or speak too properly – more like the written word than the spoken word, that’s a sure way to make them indistinguishable. For example, in For Position Only, set to be released in December 2020, when I wrote dialogue between Craig Keller and his creative director, Alonzo Costa, I had to go into their respective minds to understand how they would think and react to each other.

To give you some background, Craig grew up in a highly educated family, one of means, in the Northwest. In his travels as an LA adman, he happened upon Alonzo’s elaborate murals near downtown’s Skid Row. Craig finds Alonzo living out of a cardboard box and rescues him from a life of homelessness. Craig sends Alonzo to USC to learn to be a graphic designer and the rest is history.

Please, oh reader, please don’t think Craig a nice person for doing this deed! Like most everything in Craig’s life, the deal came with a heavy obligation that Alonzo must fulfill over his lifetime. At this point in the story, Craig is incapable of doing anything without a selfish motive. After all, he is driven by greed and many of the other seven deadly sins. But back to the point, obviously, these two characters communicate much differently, or I haven’t done my job as a writer. One thing I know is that Craig has never used a curse word in any of the novels, while other characters spew profanity on occasion. Craig’s agile use of non-curse words and intimidating demeanor make his discourse even more cutting than if he did use profanity. I designed him that way!

One wondrous discovery I made when writing Craig in first person is how easy it was to make him sound feminine. I, after all, am a woman. It took me several rewrites of the first chapter to finally catch Craig’s voice, which I envision to be low, declarative, even booming at times, but always highly masculine.

True, some of his habits would lead you to believe he’s a bit more concerned with aesthetics than most men – to a level of obsession, but this is what makes him a brilliant adman.

One of the folks from my fiction critique group called him “metro-sexual.” Whatever the label, he’s a guy who’s uncontrollably interested in women – so he definitely can’t sound like a woman. Get a taste of Craig in my debut novel, Camera Ready, which was just released!

How do you make your characters sound different?