For Position Only, the sequel to Camera Ready, is an evocative tale of one man’s sin and redemption – woven into the fabric of the advertising business, where lies run rampant and the truth is manipulated.

Craig Keller is LA’s pre-eminent ad man: wealthy, powerful, and a notorious playboy. At least, that is what he’d like everyone to think. In reality Craig’s business is plummeting at the hands of blonde bombshell and spurned ex-girlfriend Hayden Towne. He is also haunted by the gruesome death of his brother – which occurred under suspicious circumstances.

Craig’s only chance to salvage his career is to propose a partnership with longtime rival, Warren Mitchell, his former mentor, whose business Craig cavalierly took down in the past. Although Craig’s advertising prowess can catapult Warren’s business to the top of the market, Craig’s womanizing reputation comes with a price. Craig is specifically warned to avoid Jane Mercer, Craig’s ex-lover, and Warren’s agency partner.

Craig has privately carried a torch for Jane for years – despite her visceral hatred of him. Her presence is a painful reminder that he lost the one woman he always wanted, because he treated her so badly. As the barriers between them slowly break down, Craig is now faced with the ultimate dilemma: If he dives into a relationship with Jane, his livelihood is in jeopardy. If he rejects her, he will miss out on his one true love. 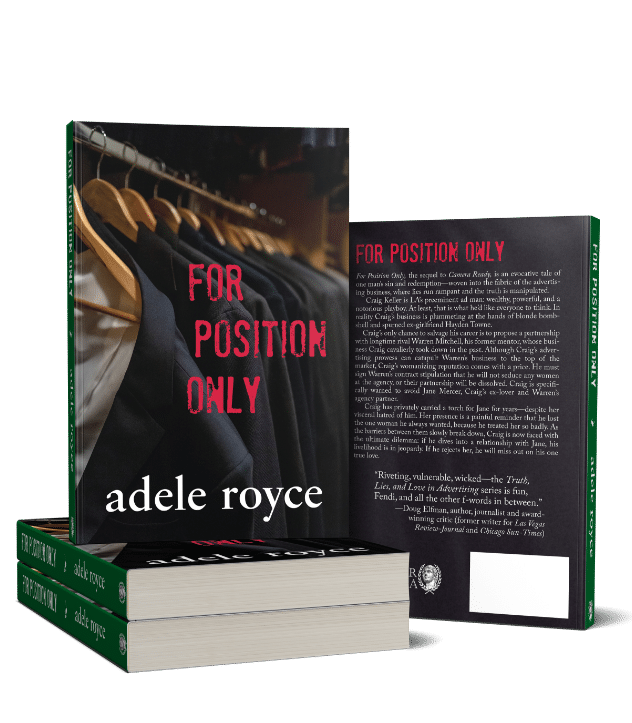 Praise for
Adele Royce’s For Position Only